The money we know is disappearing, melting like a glacier.

The Internet as we know it is also broken, it is centralized and in the hands of a few giant companies who are the infrastructure providers that control this infrastructure and monetize it for their own profit.

There are also growing technological giants such as Uber, who begin to abuse their position to squeeze as much out of their employees as possible. Of course, for the benefit of customers and shareholders.

We could ignore it if it wasn’t for US. Many of us use, for example, Uber and we are satisfied with it, but the whole world is undergoing UBERization. Even your work can be SUBERISED in the future and you can become the service provider whose algorithms of a given platform will squeeze you to zero and will drive the rat race for you, even if you are in the IT area.

Money, on the other hand, concerns all of us, but not all of us see how much it is being created all over the world. Central banks in many countries create enormous money. For example, the FED (Federal Reserve Biard) 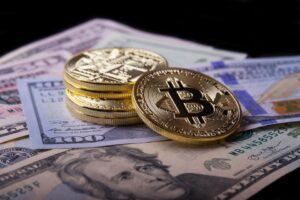 The Fed has generated 8 times more money since 2008. So we print like crazy. So money gets watered down, and this problem will affect anyone who has any savings or who, for money, falls into the slavery of selling their time. So this is an equally significant problem.

As for the internet which is in the hands of giants, you may not notice the problem that you are being bombarded with content that is taken specifically for you because the internet knows much more about you than you can tell about yourself it can create your needs. But this is just one of the threats to the centralizing internet.

Bitcoin, on the other hand, may be able to solve problems related to money, internet centralization, and social inequalities. We have a chance now, thanks to the cryptocurrency technology, to rebuild a few things and maybe plant them anew. Because amazing things are built on Bitcoin. It is a kind of center of gravity for other technologies of open, public and decentralized networks that, with the help of Bitcoin, will be able to remedy the aforementioned problems. 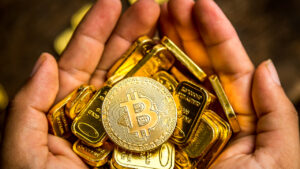 2021 will see Algorand focus on performance, system activity but...

Shiba Inu, Dogecoin are here to stay, so long as memes are alive on the Internet